Brussels South Charleroi Airport is one of the main airports for whoever decides to spend their holidays in Belgium, with Brussels as final destination.

One of the latter studies about the passenger traffic at the Belgian airport showed the data of over 6,5 million of passengers. This data witnesses the strategic importance of the Brussels South Charleroi Airport for the tourists who travels to Belgium.

Charleroi Airport is connected to the most important European cities. It was built in 1991, but the current terminal was built almost 20 years later.

Once landed, reach the car rental offices in the Brussels South Charleroi Airport and pick up your rental car, after having previously booked it on RentalUp. 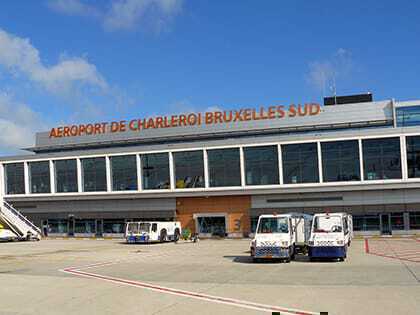 The most important attractions in Brussels

After having rented a car at Brussels airport, you will have the opportunity to get to the city centre in less than an hour.

There are many attractions you can visit in the Belgian capital city. The most important one, which is internationally recognized, is the Grand Place of Brussels, known as one of the most beautiful squares in the world.

There is not a best moment to visit this square, but you cannot miss the flower market in the morning or the atmosphere of the late afternoon, when the yellow lights colour the buildings here around. Once reached the Grand Place of Brussels, the statue of Saint Michael, that stands upon the Hotel de la Ville, will capture your attention. The guild houses surround the square. The most important of them is the merchants’ house.

Thanks to the car rental service at Brussels Airport, you can reach one of the most particular and popular monuments, that is the Atomium, placed inside the Heysel Park. Its history is strongly related to the World Expo of 1958, when the Atomium was realised on the occasion of the event. In the higher sphere there is now a restaurant, from where you can enjoy a stunning panoramic view over the city in the hours of sunshine.

In Brussels city centre, not far from the Grand Place, there is the quadrilateral Ilot Sacrè (literally Holy Islet), known for its picturesque alleyways and for the numerous bars, restaurants and souvenir shops. It is not casual that it is overrun by crowds of tourists at any time of day.

During a walk in the Ilot Sacrè, you cannot miss a visit to the Saint-Hubert Galleries, a famous shopping arcade, which is two centuries old (it dates back to the XIX century).

In addition to the Grand Place, the second symbol of Brussels is the Manneken Pis: the statue represents a peeing kid. The inhabitants of Brussels love this work, because, according to a legend, the child saved the city from the war. They tell that his pee extinguished the fuse of a bomb, which was meant to explode in the city centre, and, in this way, he saved the life of thousands of citizens. 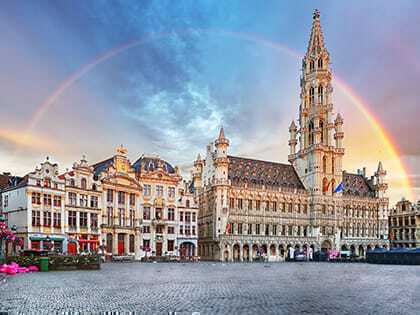 The most important cultural centre, not only in Brussels, but in the entire Belgium, is the Museum of Fine Arts, which exhibits over 1000 pictures in its two seats in the city centre. The visitors of the museum show a particular predilection for the works by the Flemish artists, such as Jacques-Louis David, Delacroix, Van Gogh, Gaugin and De Chirico. There is also room for contemporary art, with the exhibition of some of the most interesting pictures realized by the Belgian masters Permeke and Wouters, who belong to the Expressionism.

The Museum of Fine Arts of Brussels hosts also other museums inside, among which the most important is the Magritte Museum. The building is named after the famous Surrealistic painter and hosts about 200 works. The exhibition tour of the Magritte Museum starts at the third floor of the Museum of Fine Arts of Brussels. Among the most representative works, the Domaine d’Arnheim and the Empire des Lumieres must be mentioned.

Taking advantage of the car rental service at Brussels Airport, you will have the opportunity to visit another important artistic centre, the Comic Museum. Not everybody knows that famous characters like Tintin (who turned 90 in 2019), the Smurfs and Lucky Luke were born in Belgium.

When we refer to the Brussels Comic Museum, we actually talk about two different museums: The House of Comics and The Belgian Comic Strip Centre. This latter is located into the warehouses, that were realized in Liberty style. 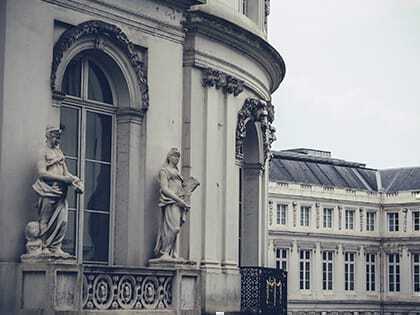