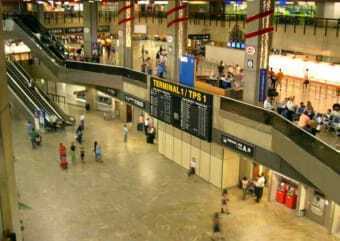 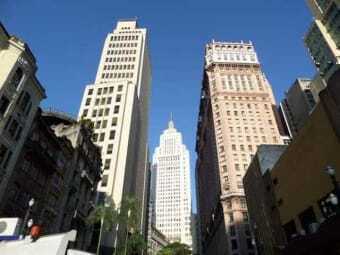 Sao Paulo is a city with 11 million inhabitants, a population that does deserve the title of most populous city in the southern hemisphere and that rises to as many as 20 million people when you consider the entire metropolitan area.

A city so populous that occupy a huge area, so take a rental car at the International Airport of Guarulhos is undoubtedly the best choice to explore the city center, passing from one attraction to another. Born with a Jesuit mission which was given in order to convert the natives of that region, Sao Paulo was soon joined by explorers called "Bandeirantes", which delved into the territory in search of mineral wealth, for theirs is dedicated the monument: as Bandeiras. Becoming an increasingly important city, Sao Paulo began to equip themselves of buildings dedicated to culture, among them the Faculty of Law of the University, the oldest in Brazil.

Between the nineteenth and twentieth century, Sao Paulo was the subject of significant migration from all over the world, which _ now is dedicated the museum "Memorial do Imigrante." This phenomenon gave the city a multicultural connotation that characterizes it today. In fact you can still observe the different neighborhoods in which they lived from different countries: Brás, Bixiga or Mooca were the areas inhabited by Italians; Higienópolis and Bom Retiro neighborhoods were the Russo-Polish and Bairro da Liberdade is still home to the most large Japanese community . The multicultural spirit is also reflected in religious buildings the are, in fact, Christian churches, such as the Gothic Cathedral Metropolitana di San Paolo (Catedral da Sé), but also Protestant churches and Hindu temples, Buddhist and Shinto shrines. Sao Paulo is still considered the cultural center of the country and it is home to numerous museums, such as the Paulista Museum and Art Gallery of the State of São Paulo, both dedicated to local art. 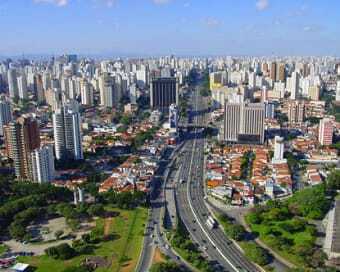 Sao Paulo is not only culture, but also fun! For an afternoon of shopping, the best is _ a walk along Rua Oscar Freire, with its luxury shops, while for souvenirs the neighborhoods most appropriate are: Jardins, Pacaembu and Vila Madalena. In particular, two shops, the Casa de la Cultural Indigenas and jacaré do Brasil, offer handicraft products of the indigenous tribes.

For lunch, the Italian Terraço offers a splendid view of 360 degrees on the city, while for a chic evening you can opt for the Unique Hotel, with its Sky Bar poolside, on the roof of the particular building. However, if you want to try something less sophisticated, the mentioned neighborhood of Vila Madalena is fast becoming the center of nightlife in Sao Paulo