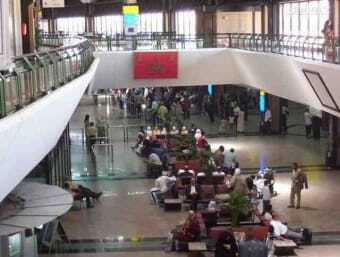 If you choose a holiday in Morocco can take a rental car in Casablanca or one of the other cities where you prefer land, you can move in total freedom and in a short time. Car rental in Morocco can be made directly at the airports infact there are several rental desk, but if you book your car by rentalup  you can avoid wasting time and long waits and you can get the car that you would prefer to reach your destination.

Casablanca: the most "French" city of Morocco 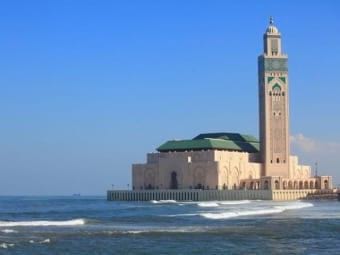 Casablanca is considered the economic capital of the country with its important port and its four million inhabitants. Landing at the airport Mohamed V you can take a low cost rental car at Casablanca airport and with it you can arrive in the metropolis that is about thirty kilometers far away from its airport. The city is the most modern and "most French" of Morocco. Are virtually non-existent ancient monuments and its charm is due in particular to the beautiful promenade, which are called Corniche and wide boulevards overlooked by elegant shops and typical cafes. A trip to the Medina is a must when you are in an Arab city: that of Casablanca is not as glamorous as the "imperial cities," but immerse themselves in the souk is always very interesting. Actually there are two medinas, the Old is surrounded by sixteenth-century walls, while the new one has been built less than a century ago, but reflects the traditional architecture and urbanism. Not to be missed even the Hassan II Mosque, of recent construction and among the largest in the world. It 'should be noted that a part of it juts out over the ocean. 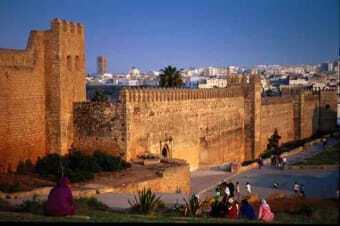 In Morocco, the distances between cities are more than we are accustomed us Europeans, among other things _ the desert helps to create vast uninhabited areas. Therefore you need to travel fifty miles to reach the nearest destination worthy of tourist interest: this is Rabat, the capital of the state and Imperial City.

Established in 1150 when the caliph Abd al-Mu'min built a fortified city of the inside of which they were a mosque and his residence, Rabat is a treasure chest of architectures Arabic / Moorish unquestionable charm. The Kasbah des Oudaia is the oldest, it developed around the town which was enclosed by walls that we can still admire. The symbol of the city is the Tower of Hassan, that was to be the largest minaret of a mosque, but the death of the caliph all remained unfinished. The Medina, surrounded by ancient walls, is a real gem with its labyrinth of narrow streets and it must be visited.

If from Casablanca you move southwards meets the particular city of El Jadida which seems a corner of Portugal transferred on African soil. This is due to the fact that for over two centuries and a half it was a Portuguese colony and all the historical center presents architecture Manueline. UNESCO has declared the area a World Heritage Site and Portuguese and  in its  streets you can a admire the beautiful cathedral of the Assumption and in the end you must see the water tanks.