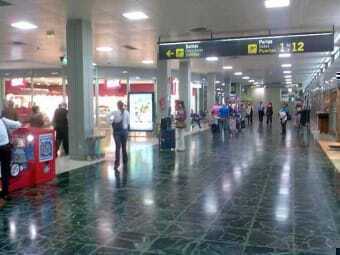 Hire a car with RentalUp is fast, easy and convenient, the convenience of a low cost car at the airport of Santiago de Compostela, is not comparable to public transport. The car will be available on arrival and from here you can leave for the city, the distance is in fact only 10 km, once in Santiago will be able to see all the artistic and enjoy entertainment youth. 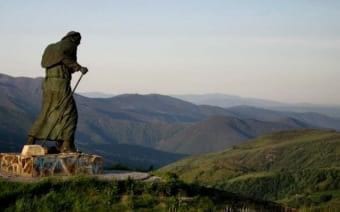 It 'a place that attracts tourists from all over the world as it blends art, culture and above all faith, the latter has its origins in 813 AD when the hermit Paio found the tomb of James the Greater, which, according to tradition, was the son of Thunder or one who had evangelized the Iberian peninsula. It 'a city famous thanks to Coelho, environmental writer just to Santiago de Compostela his novel, the first stage can be the Cathedral, it is one of the most important places of worship of the Catholic religion throughout the world, is home to in fact, the relics of the apostle James (the patron saint of Spain). Then there is the "Colexiata do Sar", one kilometer from the city center lies this structure, it is easily accessible along the Via de la Plata, the structure was built at the beginning of 1100 and that is where it has been established the first Augustinian community of Galicia. The church was built in granite stone and is divided inside, into three naves, the exterior is instead characterized by six buttresses, joined by arches. It 'also possible to visit a small museum inside, which houses some architectural works. Required to stop in the Fuente de los Caballos, it is a sculpture that is located in the center of Praza de Praterías, adjacent to the aforementioned cathedral of Santiago de Compostela. Garcia Lorca, in its "Dance in Santiago da Lua" was inspired by just this famous fountain; it is basically formed by four horses from which the water comes out above them there is a pedestal with a female figure. It is holding the star of Compostela, a work so very symbolic and which citizens are highly related, throwing a coin into the Fuente de los Caballos, manifested a desire to return to this wonderful city. You can then visit the Paso de Raxoi, Praza do Obradoiro, opposite the cathedral, the palace is in French neoclassical style and is characterized by a triangular shape on the front side, it is the battle of Clavixo (Paso today seat of the Town Hall). In short, these are just some of the beauty that can be seen in these places, all with the convenience of low cost rented a car in Santiago de Compostela airport, with this solution, it will be really a "walk", you will be in decide the destination and the route to take. The independence allowed by the "rent a car" is unmatched.