Second airport in California after that of Los Angeles, San FranciscoAirport is 21 km far from the city centre and here the main flights to the city of the American continent and to Europe, Australia and Asia departs and land.

Once landed at San Francisco Airport, travellers can pick a rental car up really easily, thanks to the booking made in advance on RentalUp and reach in short time the city centre, driving along the US-101 in about 15 minutes.

The car rental at San Francisco Airport allows you to enjoy a vacation in complete freedom. 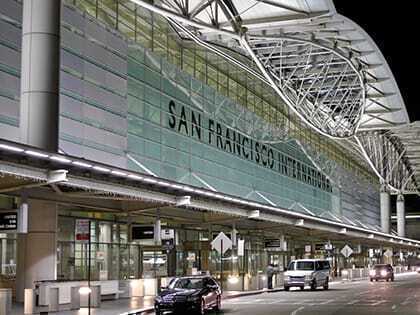 Thanks to the car rental at San Francisco Airport, you will have the opportunity to visit the many points of interest and attractions during your vacation, starting from what is world-wide known as the symbol of the city, the Golden Gate Bridge, a bold engineering work that connects the two banks of the bay.

The trams climbing up the hills and the multitude of colours that characterizes the Victorian houses are also very famous. In the bay that divides the peninsula from the mainland there is the former penitentiary of Alcatraz, on the homonymous islet. A penitentiary which has been the subject of many movies.

Moving to the financial district of San Francisco, you can see the famous skyscraper Transamerica Pyramid. In the city, on the bay, there is also the biggestChinese quarter of all the American cities, where you can immerse yourself in the typical chaos of the Chinese markets with their typical mix of strong smells, and where you can find also many Buddhist temples.

Another interesting quarter is Fisherman’s Wharf, where the boats of the fishermen complete and contrast with the fish restaurants, the souvenirs shops and the French bakeries. 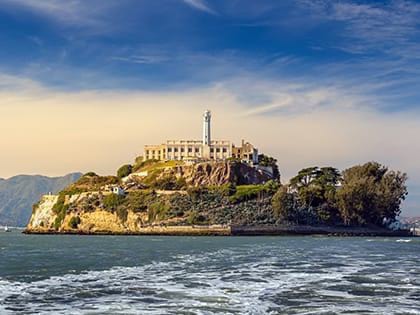 San Francisco: what to see

Thanks to the car rental at San Francisco Airport, during your vacation you will have the possibility to admire Lombard Street, a spectacular and tortuous street at Russian Hill characterised by hairpin bends with flower beds and bordered by red bricks, Castro district, very trendy, and Nob Hill, with historic buildings of great value, San Francisco Museum of Modern Art, where you can admire over 27000 artworks with a series of temporary and stable exhibitions which include also photography and design items.

In the Californian city there is also an Italian touch in the Academy of Science, designed by Renzo Piano and that includes a Museum of Natural History, a Planetary, an Aquarium and 4 floors of pluvial forest. 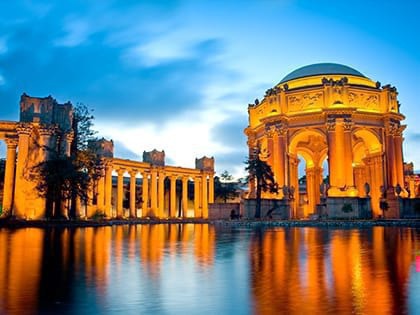